As part of UNRWA’s “Dignity for All” project, 25 Lebanese American University MEPI students from Lebanon, Jordan, Egypt, Yemen, Tunisia and Morocco, visited Burj Al-Barajneh camp on Saturday the 13th of April. At first the students visited the UNRWA center in the camp where they were given a brief background to the camp. After that they visited the Active Ageing house where they conversed and sang with the elderly. It was truly touching when an elderly woman was heard gratefully saying: “Thank God there is this camp for us to live in.” 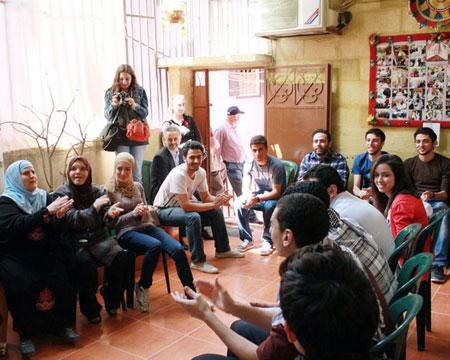 Students were introduced to Palestinian refugees who are studying at LAU. They were impressed by the refugees who live in difficult conditions and cannot work in syndicated professions but are still motivated, regardless of their circumstances, to study engineering and pre-med at LAU. “Wow, what has led to them going to LAU” one of the students thought. Others wondered how the refugees could coordinate their studies whilst living in such an environment. 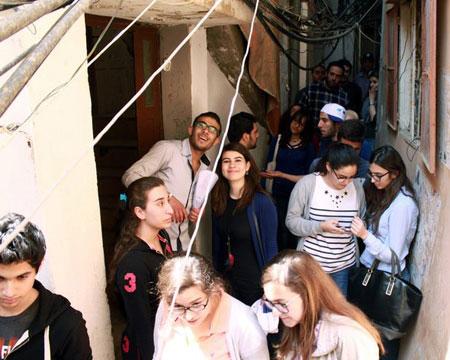 The visitors had an insightful visit that taught them to become be more appreciative of what they have in life and to be more sympathetic to others. One of the students said she was saddened by the terrible conditions of the camp, from the narrow alleys and electric cables to the children living in the shabby houses. Another could not believe that inhabitants have access only to sea water and even then it is only for half an hour every other day: “that was truly shocking and only had me reiterate in my mind: God bless our homes and families” she said.
LAU’s visit to Burj Al-Barajneh was an intriguing experience that clarified a reality the students weren’t aware of. The “Dignity for All” project succeeded with this visit in integrating two different peoples who would never have met otherwise. 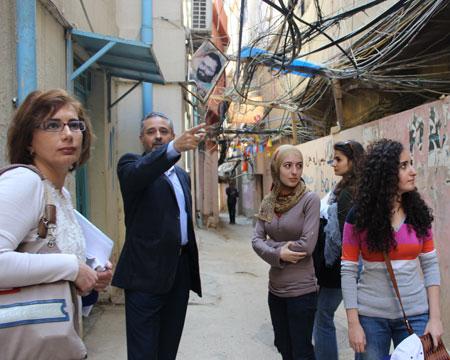