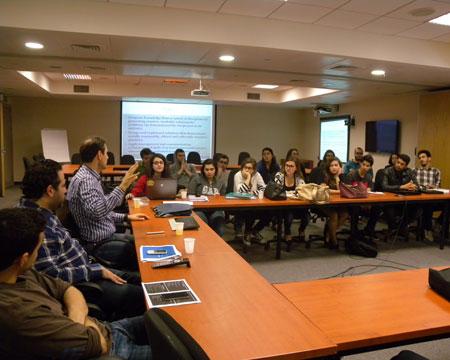 In the first half of the workshop all the students were informed of the requirements of the capstone project and how to go about carrying one out, and were also given some examples of previous capstone projects. After this, the students were told about starting a new project and writing a proposal to get these projects started. As an exercise, Haraty asked all the students to form groups and create their own NGO. They had to set its goals, mission, and vision. After 15 minutes of discussion, the students all presented their ideas, which ranged from protecting the environment, to protecting the Arabic language. 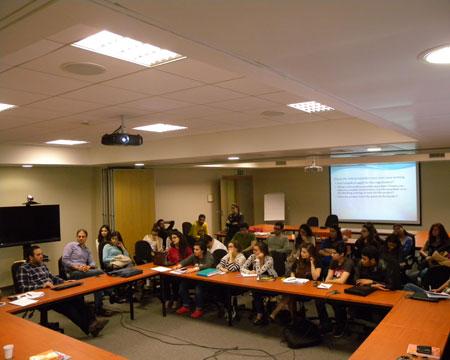 The session was short but very useful, and the students all had something to learn from both Rowayheb and Haraty’s presentations. Hopefully in the coming months, we’ll be able to see the great capstone projects of the graduating MEPI-TL students and we’ll all be proud of their achievements.