Dr. Lina Haddad Kreidie is the academic director of the TLS-gender program at LAU. Kreidie is a political psychologist, a lecturer, and a research consultant on Women’s Empowerment at Intisar Foundation. Kreidie is also a 2018 US Fulbright Scholar, a Jerome and Hazel Tobis fellow at the University of California, Irvine Interdisciplinary Center for the Scientific Study of Ethics and Morality, and a member of the Harris Council University of Chicago Harris School for Public Policy. Some of Kreidie’s publications include: “The Power of Theater Expression and Communication: A Psychological Therapeutically Intervention in a Refugee Camp: An IPA Study Into the Narratives of Women Refugees’ Experience With Drama Therapy;” “Assad Needs the U.N.’s Help for Refugees to Return Safely;” “Jordan’s Interest in a Stable Syria;” Living with Ongoing Political Trauma: The Prevalence and Impact of PTSD among Syrian Refugees;”  “The Role of non- Governmental Organizations in Tackling Sectarianism and Extremism in Lebanon: Track Two Diplomacy and Good Governance;” and “The Psychological Dimension of Ethnic Conflict: How identity Constrained the Choice and Worked to Turn Ordinary People into Perpetrators of Ethnic Violence during the Lebanese Civil War.” 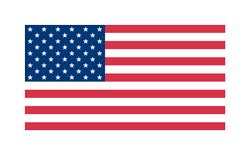