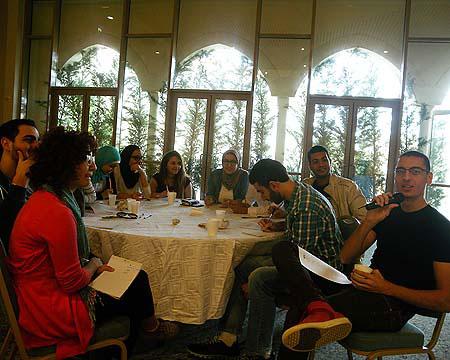 On the 22nd of November, the LAU MEPI-TL students engaged in a debate training workshop. The session -a first in a series of three- introduced students to the art of Debate training in a rich and interactive manner. The workshop began by introducing ourselves along with stating one thing that

We stand for and another that we are against. Then, we moved on to define the term debate and the various aspects of the term. Along the way, Mr. Joe Haddad, who led the workshop, kept asking for points and Opinions and made the workshop more exciting and synergetic. As soon as we were all satisfied with the definitions given, we moved on to play an Ice-breaking game that required us to take sides when given a certain statement. Since this activity was carried out outdoors, we were asked to move to one side of the terrace if we agreed with the statement and to the other if we disagreed.

We soon found ourselves migrating from one side to the other, joining some friends for some statements and facing them for others. This activity left many of us both surprised and shocked. We learned things we never knew about each other. Furthermore, we  were very aggressive and stubborn when it came to our beliefs and we found ourselves mocking and teasing our peers on the other side of the terrace.

After reflecting on the first activity, we moved to a similar yet slightly different game: the barometer. This time we were asked to stand across a line depending on the percentage of approval towards the given statement.

The topic chosen for the statements was “gender and sexism”. Although less aggressive than the first activity, tension still existed between disagreeing parties.  A lot of us decided to go for extremes such as 100% or 0%, whereas some chose values in between. We all thought that this activity gave us more insight about our peers and their decisions than the previous one, thus allowing us to have a better understanding of the general atmosphere.

We soon moved to an informal simulation of a debate, and chose Capital Punishment as a topic.  Students were eager to participate, support a friend, counter argue one another, ask questions and propose new arguments. The simulation went very well; it was smooth and civilized. And after a long go at it, we were given two small exercises to differentiate between the different elements of a debate and to make sure that everything was clear to us.

Finally, we ended our long productive day by watching two debate speakers; we observed their style in public speaking, content of their speeches, and knowledge of the topic. And after a fertile training session, Mr. Joe Haddad concluded the first part of the workshop leaving us eagerly anticipating the coming sessions.

In essence, the vibrant nature of the workshop helped the students maintain the highest levels of engagement and focus. In parallel, the activities conducted unleashed important skills the students acquired: active listening and negotiation.

The most intriguing part of this workshop was the language used; the training and activities were all carried out in Arabic, with a few English words here and there, making it easier for students to express their opinions and speak right from the heart. 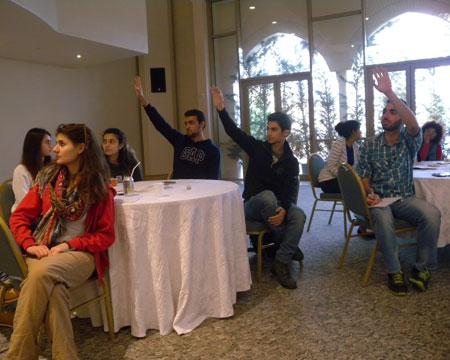 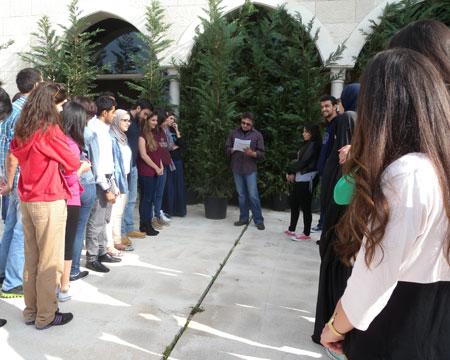